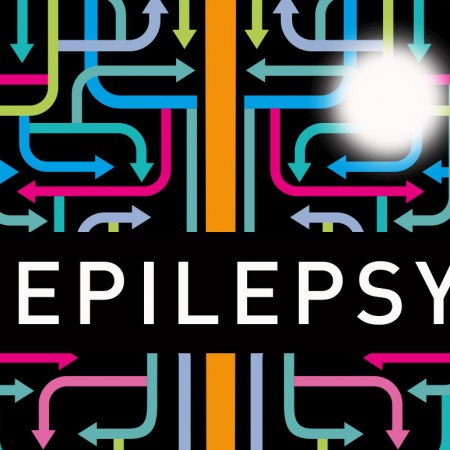 What is the precise action of your anti-epileptic drug on neuronal networks and on neurotransmission?

Demonstrating that a potential anti-epilepsy compound has the expected effect requires different stages of analysis, at the neuronal network but also at the cellular level. Two electrophysiological techniques, the Multi-Electrode Array and the patch-clamp, greatly aid in these analyses in a highly complementary fashion. Explanations by Chun-Yao LEE and Florian GACKIERE R&D engineers at Neuroservice.

HOW CAN YOU DEMONSTRATE THAT YOUR COMPOUND IS ANTI-EPILEPTIC?

The prevalence of epilepsy is approximately 1 % of the worldwide population (at least 50 million people in the world suffer from this disease), and most patients receive long-term therapy with at least 2 to 3 medications. Epilepsy is a chronic neurological disorder characterized by recurrent and synchronous neuronal firing that results from an imbalance in excitatory/inhibitory neurotransmission in particular regions of the brain. These discharges then manifest as seizures. Researchers working on anti-epileptic drugs (AEDs) are eager to know whether their molecules are effective, and if they are, how they precisely work. In the long journey of AED discovery, electrophysiology plays a crucial role and provides great power to the investigation of AEDs.

FROM GLOBAL VIEW OF NETWORK ACTIVITY… MEA RECORDING TECHNIQUE IN THE STUDY OF AEDs: SEVERAL ADVANTAGES

One of the most commonly used in vitro models of epilepsy is 4-Aminopyridine (4-AP)-induced epileptic discharges (EDs). 4-AP is a non-selective voltage-dependent K+-channel blocker, which is considered to be a potent pro-convulsive agent. The EDs produced by 4-AP are very similar to the EDs observed in human brain and, in fact, are detected in EEG recordings of 90% of patients suffering from epilepsy. To document an anti-epileptic effect of a molecule, the MEA provides several advantages:

An easy, fast mid-throughput method to illustrate a compound’s activity at a glance

Multi-point recordings of brain slices with the MEA are an ideal way to perform functional pharmacology. All enzymes, channels and receptors are present in the native tissue, complete with all functional signaling and regulating pathways. Using acute in vitro slice recordings, an anti-epileptic effect of a compound can be reported very rapidly and, if necessary, on many brain slices.

A global view of the network

The large recording surface area of the MEA provides a macroscopic view of a complete brain structure. In rodent hippocampus, as an example, several electrodes can record different regions (CA1, CA3, dentate gyrus) simultaneously (Figure 1). Such a recording configuration provides a better understanding of a compound’s effect on neuronal networks.

MEA recordings are stable and long-lasting (over hours) and a range of multiple concentrations can be examined using the same slice to determine an EC50 or IC50 (Figure 2). As a consequence, compounds from various chemical series can be evaluated in parallel with high resolution/discrimination for LEAD selection.

Since AEDs are widely used in long-term polytherapy, the likelihood of drug interactions (synergism or antagonism) can be documented prior to their clinical investigation. Long-lasting MEA recordings permit the investigation of drug-drug interactions at the neuronal network level (Figure 2). Precise pharmacological interactions (positive or negative) can be validated between an existing AED and a new chemical entity as illustrated in Figure 2B.

The MEA is an ideal technique to investigate transgenic epileptic rodent models and to determine their “phenotype” (an electrophysiological signature). Moreover, human brain slice recording (from surgical resections) is of value to get pathophysiological information of human neuronal network dysfunction in epilepsy.

…TO THE LEVEL OF THE SYNAPSE
PATCH-CLAMP TECHNIQUE: A COMPLEMENTARY APPROACH

A classic electrophysiological technique (invented in the mid-70’s), patch-clamp is dedicated to physiological/pharmacological investigation at the neuronal level or even at the sub-neuronal level. Nowadays, this technique is widely used in neuroscience research and has generated a great deal of valuable information for scientists to better understand how neurons and the brain work. One feature of patch-clamp is the flexibility of the recording configuration that allows one to address precise physiological/pharmacological questions with the highest resolution.

A view from channel/receptor to synapse

A single neuron receives between 500 and 20,000 synaptic connections and the signaling that results can be synchronous or asynchronous and both time- and spatially-integrated. Since epilepsy is mainly caused by the imbalance between excitatory and inhibitory neurotransmission, it is of great value to investigate the mechanism(s) of action (MOA) of a new AED down to the synaptic level. Such work is critical to ultimately understanding in vivo effects (Figure 3) and the type of patients that can be treated, both in terms of potential side-effects and drug-drug interactions.

Thanks to the flexibility of the patch-clamp recording configurations/protocols, different questions can be addressed for AED targets/MOA investigations. As an example, the recording of evoked post-synaptic currents is useful in documenting a compound’s effect on overall synaptic transmission (Figure 4B). Furthermore, paired-pulse protocols and recordings of miniature currents aid in determining whether the site of action of the AED is pre- or post-synaptic (Figure 4C, D). Sophisticated pharmacological protocols (specific antagonists or exogenous application of a receptor ligand) can provide more information about a compound’s target (action on specific synaptic protein).

A very classical investigation tree (Figure 5) illustrating the different ways to examine step-by-step the target(s) and MOA(s) of a new AED.

You can document anti-epileptic properties of your compounds of interest by electrophysiology. MEA and patch-clamp provide essential information covering from neural networks to the synapse, which accelerate your research process and drug development.